People who suggest that water gardening is a dying fad, have clearly not heard about the beneficial effects splashing water can have on your environment and incidentally on your physical well-being. In case you need another excuse to have a pond, here is a different perspective on just what your water feature, surrounding garden and landscape can do for you.

Besides the stress reducing qualities associated with the sights of graceful swimming fish and soothing sounds of spring peepers, babbling streams and rushing waterfalls, your garden pond and the surrounding landscape have several good qualities - including some possible healing properties.

Leave it to Science:

Ions are molecules that have gained or lost an electrical charge. They are created right in your backyard as air molecules break apart due to sunlight and moving air and water.

Negative ions are invisible molecules which are found in abundance in nature. They can be found particularly in forests, near waterfalls or streams, and have the direct opposite effect on your mood, health and energy levels than positive ions.

[ Photos taken with New Energy Vision (NEV) technology show the “life” and “death” in each environment. Notice the bright green indicating the vibrance of a negatively charged atmosphere from crashing ocean waves, while a stagnant pond shows little to no energy. ]

Virtually all particles in the air, like pollen, dust, dander, mold spores, etc., including static electricity, have a positive charge (positive ions). Indoor air, that has a higher concentration of positive ions, can lead to symptoms associated with the “winter blahs” or SAD (Seasonal Affective Disorder). When you consider that we breathe an average of 37 pounds of air (the equivalent to an Olympic sized swimming pool) per day, the importance of air quality is put into a whole new perspective. An abundance of positive ions and a lack of negative ions, does not promote a healthy environment and should be treated as polluted air. Things like air conditioning and EMFs (electromagnetic fields) from computers and electronics, deplete the atmosphere of negative ions. 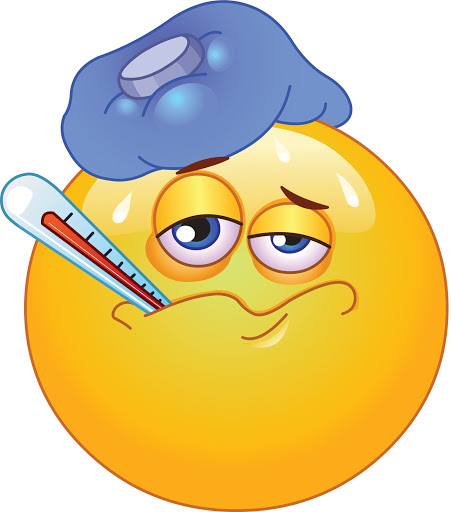 Negative ions are the invisible healer.

“Negative ions increase the flow of oxygen to the brain; resulting in higher alertness, decreased drowsiness, and more mental energy. They may also protect against germs in the air, resulting in decreased irritation due to inhaling various particles that make you sneeze, cough, or have a throat irritation”, says Pierce J. Howard, PhD. Author and director of research at the Center for Applied Cognitive Sciences in Charlotte, NC.

Once they reach our blood stream, negative ions are believed to produce reactions that enhance our mood by helping to alleviate depression, relieve stress, stimulate our senses, improve appetite, boost our daytime energy, provide relief from hay fever, sinusitis, bronchial asthma, allergies, migraines, and even post-operative pain and burns.

In fresh country air we can find up to 4,000 negative ions per cubic centimeter (the size of a sugar cube). Waterfalls and sea water contain up to 10,000 neg. ions, whereas the number of negative ions in a major capital city during rush hour does not even reach 100.

Particles in the air with a positive charge are magnetically attracted to negative ions if there is a high enough concentration of negative ions in the atmosphere. This causes the particle to become too heavy to stay in the air, causing it to fall and be cleaned up by dusting, vacuuming, or in this case, your biological and mechanical filters in your pond. 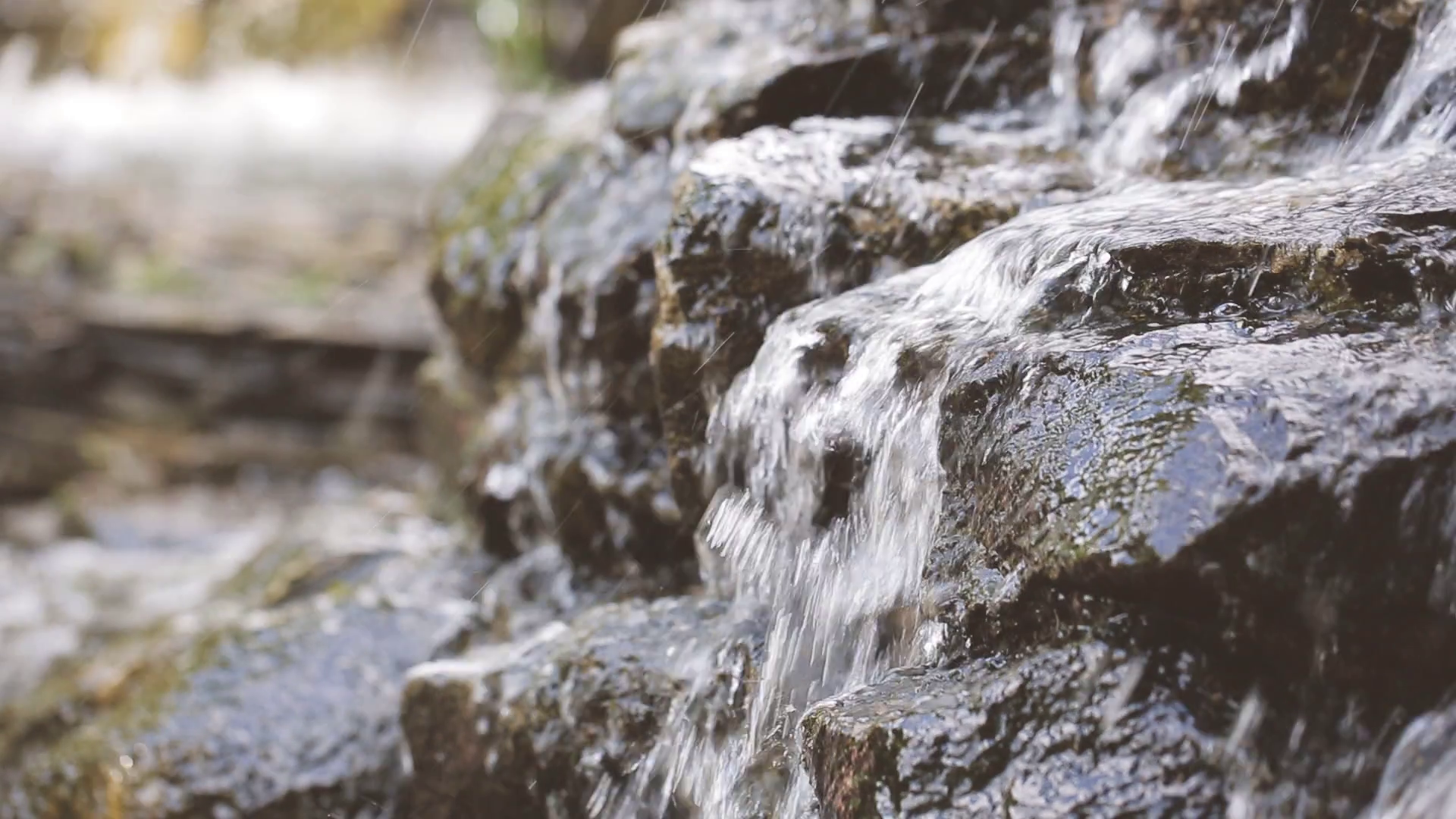 Landscaping and Gardening will also Help Improve your Health.

Believe it or not, plant leaves and bon-fires produce negative ions too, but that’s not all…

Gardening in itself has been studied and shown to lower blood sugar and reduce stress levels, not to mention increase the uptake of vitamin D (from sunshine) and increase exercise activity. Walking barefoot in the grass will ground you to the earth’s negative charge and draw the positive ions right out of you.

Plants in your garden or surrounding landscape can provide you with organic food sources, low in starches and possibly high in anti-oxidants (like blueberries). Landscape plants like lavender and marigolds, or basil and thyme, not only provide colorful flowers and wonderful herbal aromas, but may also deter disease carrying mosquitos and rodents.

So, now you can see why getting outside, tending to your landscape, sitting next to your pond and lighting a fire in your fire-pit after a long day at the office can be so refreshing.

If you don’t yet have a water feature, it’s time to start planning for one. Read our blog about building a water feature of your dreams and stop in to Water X Scapes to get recharged and relax by some awesome water features and pond plants. 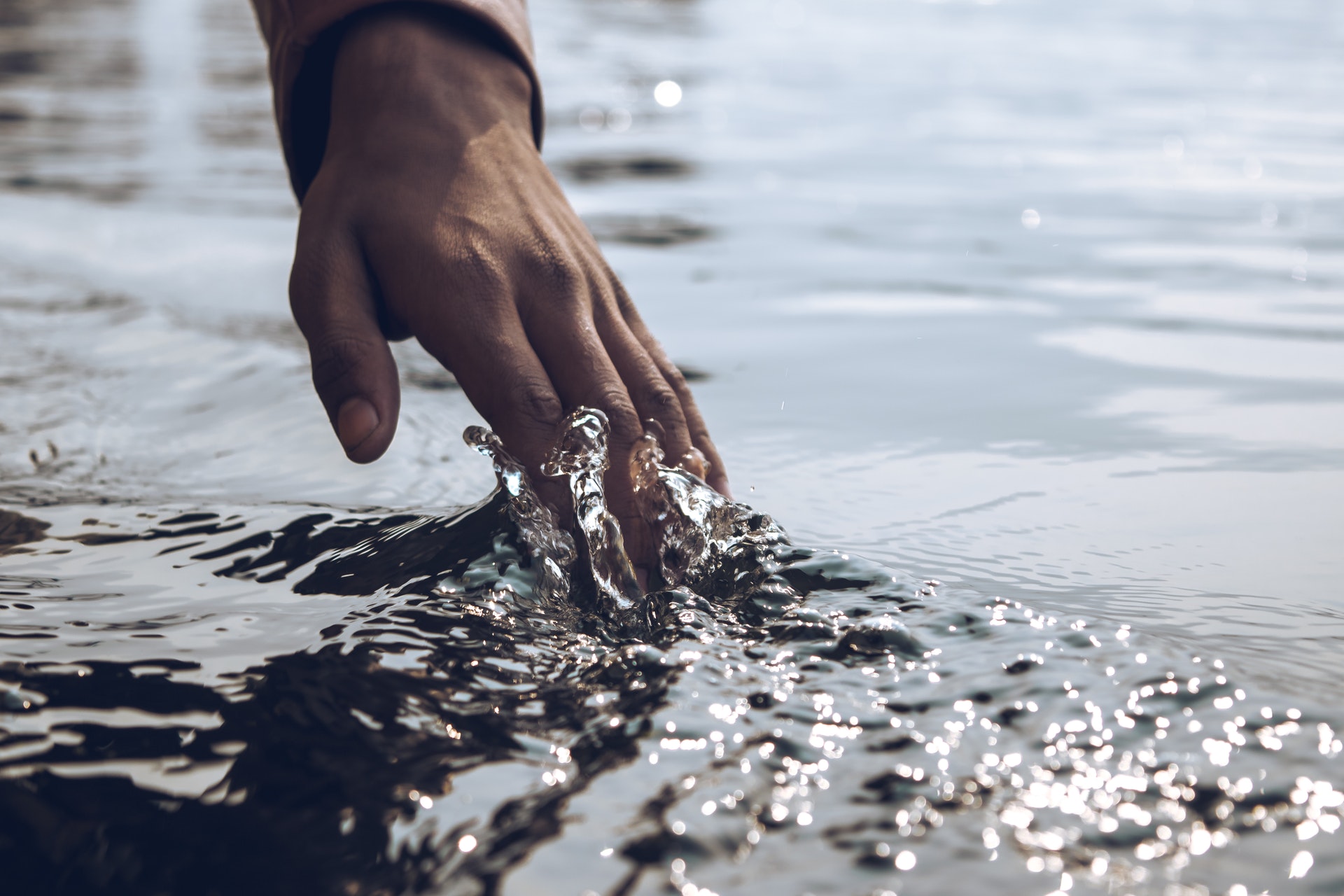 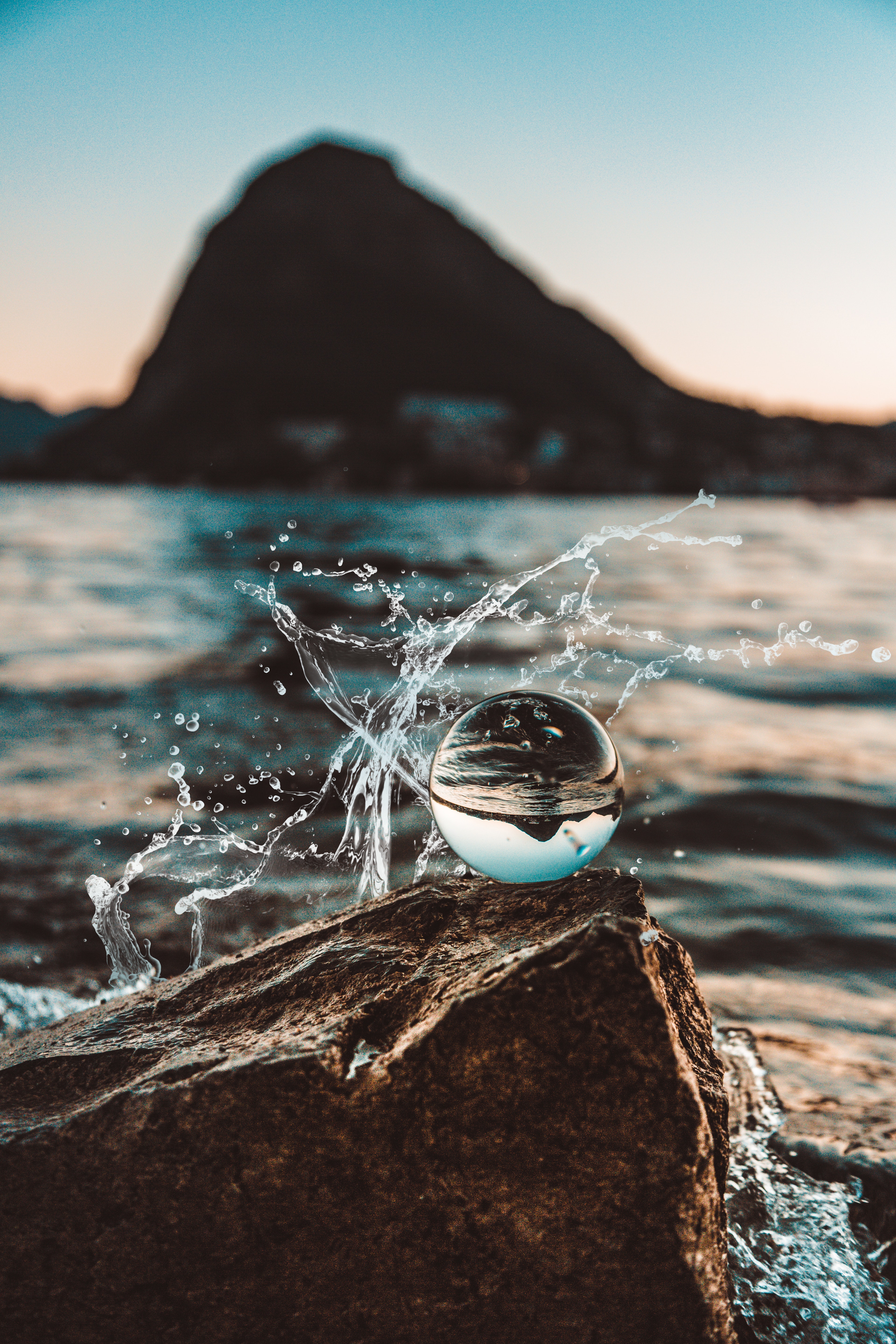 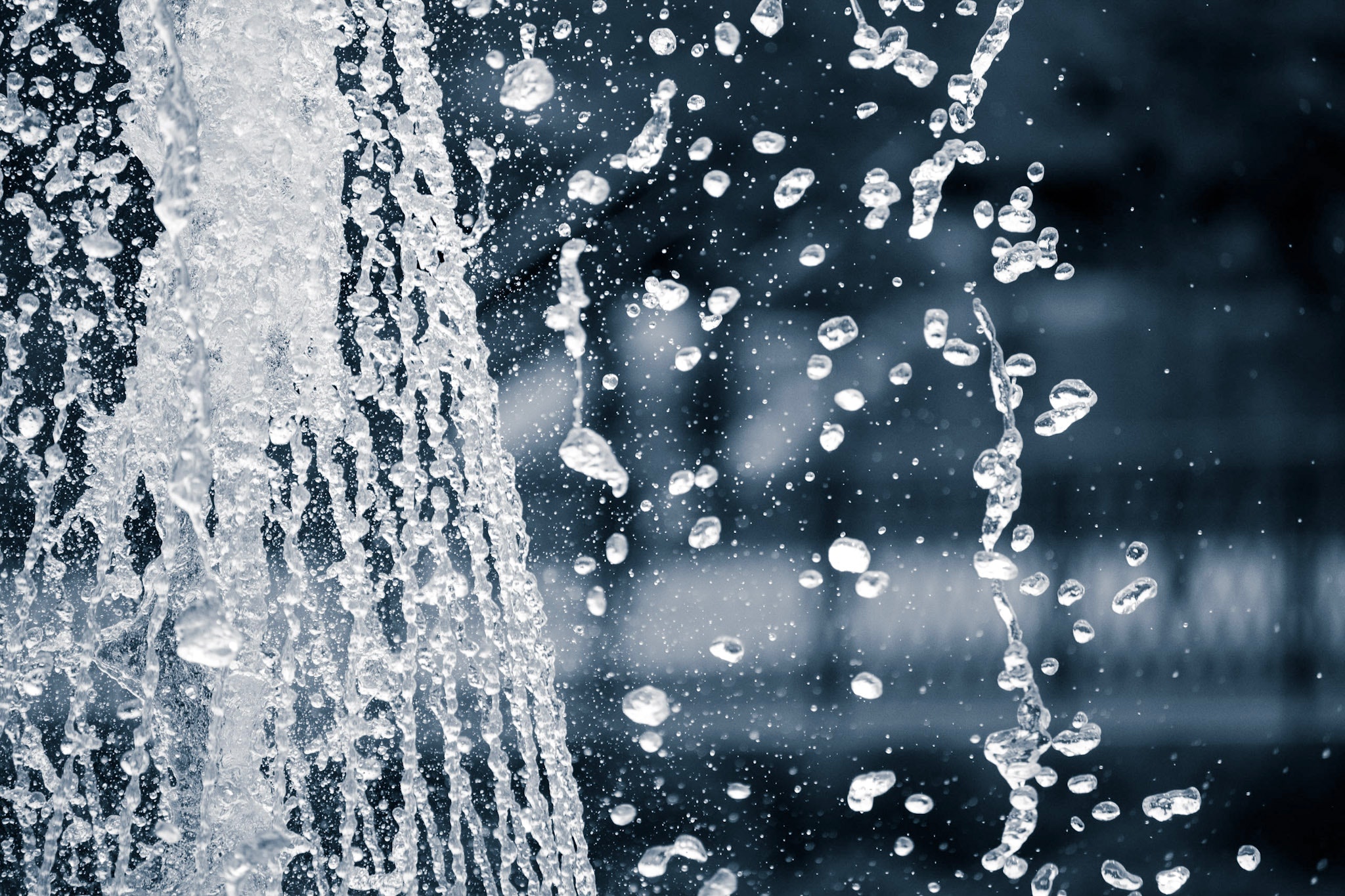 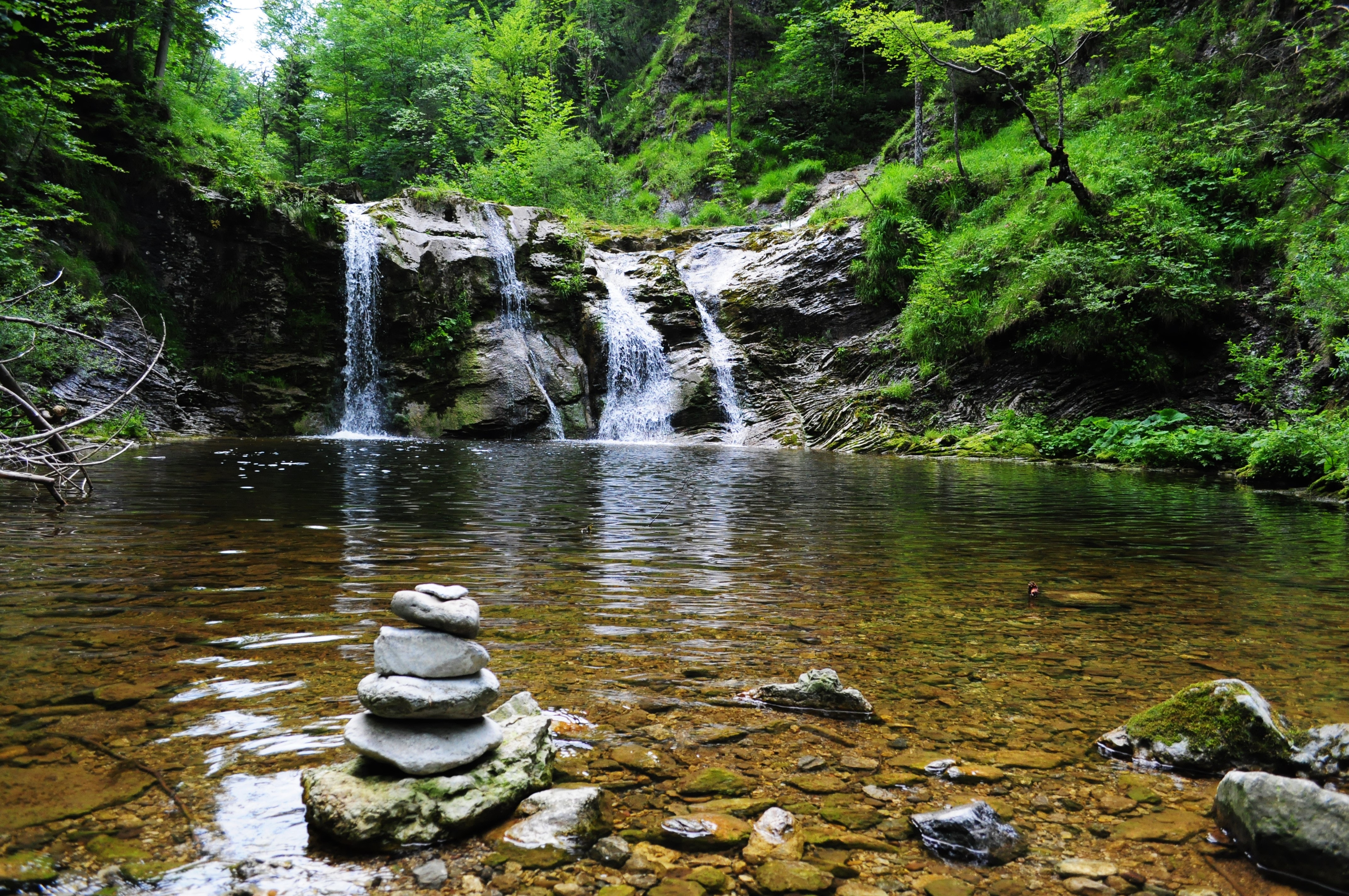